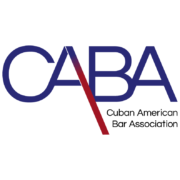 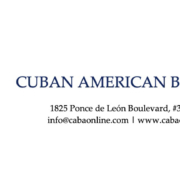 While it has been reported that, in an effort to curb the spread of the COVID-19 pandemic, the Cuban government purports to have released hundreds of jailed inmates to await trial at home under surveillance or parole, in reality the Cuban regime nonetheless continues to unjustly detain and incarcerate its citizens. Accordingly, the Cuban American Bar Association (“CABA”) calls for the immediate and unconditional release of all political prisoners who are unjustly detained or incarcerated in Cuba.

Cuban political prisoners— who have been detained or charged with crimes simply because they chose to exercise their fundamental rights and express opposition to the Cuban regime— face severely immoral and unjust circumstances, particularly now during the COVID-19 pandemic. They presently languish in Cuban prisons, exposed to a heightened risk of contracting COVID-19 in unsanitary detention facilities and without access to proper medical care.

To be sure, the deplorable conditions of imprisonment in Cuba have been detailed for decades, including accounts of overcrowding, shared open latrines, lack of accessible running water, undernourishment and poor food quality, and inadequate medical attention. And political prisoners in Cuba are forced into especially close confines with others, creating a substantial risk of spread and infection.

At the onset of the COVID-19 pandemic in the Western Hemisphere, Secretary General of the Organization of American States, Luis Almagro made a general call for the release of Cuba’s political prisoners. And only a few weeks ago, Amnesty International and the Committee to Protect Journalists issued letters on behalf of 63-year-old prisoner of conscience Roberto Quiñones Haces, a lawyer and independent journalist associated with the news website Cubanet, who was convicted and sentenced to prison for resistance and disobedience in August of 2019. The U.S. Department of State reports that Mr. Quiñones Haces’ crime and persecution were based on his reporting about a pastor and his wife who were imprisoned for home-schooling their child. As noted by the U.S. Department of State, his detention and trial were marked by the flagrant disregard for legal norms, such as informing him of his charges only minutes before the trial, not permitting him legal representation of his choosing in the courtroom, and prohibiting him from presenting evidence of the injuries he sustained at the hands of the Cuban police who arrested him.

International human rights standards regarding the rights of persons deprived of liberty or in detention are particularly relevant considering a global health crisis like COVID-19. CABA echoes Secretary General of the Organization of American States, Luis Almagro’s comments decrying the lack of sanitary conditions within the Cuban regime’s prisons and asking for the freedom of thousands of innocent Cuban political prisoners who are unjustly imprisoned merely exercising their basic human rights – to their own detriment. CABA also joins the Committee to Protect Journalists and Amnesty International in their calls for the immediate and unconditional release of Roberto Quiñones Haces and of all of the political prisoners languishing in Cuban prisons and detention centers.