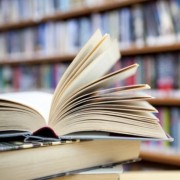 In the context of President Obama’s December 2014 statement regarding the re-establishment of diplomatic relations between the United States and Cuba, the expansion of the sales and exports of certain goods, and the undertaking of other initiatives discussed therein, an intrigue in the opening of other prospective avenues presently unavailable to U.S. citizens seems to have awakened, particularly with regard to U.S. business interests. December’s statements set forth a media firestorm regarding the potential left largely unexplored since the enactment over five decades ago of U.S. legislation limiting transactions with the island nation. Novelty of concept aside, understanding some of the risky realities associated with entering the Cuban market should be a critical factor in the rhetoric and analysis of any perceived incentive to expand engagement in business transactions. There are two basic realities of engagement by foreign investors in Cuba that cannot be discounted: (1) the cumbersome nature of doing business in a bureaucratic command economy, reluctant to follow any free market reforms, and (2) the legal exposure associated with foreign investment in a totalitarian jurisdiction. These realities are highlighted by Cuba’s recently-revised foreign investment law, Ley No. 118.

With an economy predicated upon bureaucratic centralized power, the Cuban nation has been largely sustained over the last five and a half decades by foreign subsidies and preferential trade agreements. During the Special Period of the 1990s following the collapse of the Soviet Union, Cuba’s struggle to reorient its weak economy was particularly palpable and gave drastic rise to a “black market,” or informal economy, which ordinary Cubans depended on to meet their basic needs and which the Cuban government arguably cannibalized as it subsequently incorporated the practice into its own brand of top-down mixed economy. Thereafter, Venezuela—another ideologically-aligned trade partner—began subsidizing the Cuban economy in an amount estimated at approximately $13 billion a year, inclusive of 100,000 barrels of oil per day, half of which were re-exported and sold in Spain.[1] With the value of Venezuela’s oil aid decreasing as a result of the decline in oil prices and the erosion of a delicate political and economic environment in Venezuela, Cuba recently started entertaining economic alternatives in order to keep itself afloat in a sea of otherwise unfinanced ideology.

In March of 2014, the Cuban National Assembly adopted a new foreign investment law, Ley No. 118,[2] which has been billed as offering greater incentives for foreign direct investment under terms more favorable than the previous Ley No. 77, enacted in 1995, which it supersedes. “The new law offers much better terms. It cuts the tax on profits in half—from 30 percent to 15 percent for most industries—and eliminates the old 25 percent tax on labor costs. The new law allows 100 percent foreign ownership, which, though previously legal, was never allowed in practice. Investors in joint ventures get an eight-year exemption from all taxes on profits.”[3] These revisions to Cuban law in particular aim to make a more attractive landscape for the foreign investor. Notwithstanding several projects undertaken for largely political reasons, this potential, however, has not thus far materialized. There is a sizable gap in Cuba’s reported growth of just 0.6 percent in the first half of 2014 and its goal to reach annual growth targets of above 5 percent by attracting a minimum of $2.5 billion per year in foreign direct investment. The reality is that foreign investors to date have been cold on Cuba, at least in part, if not in great part, as a result of the reasons set forth herein. Estimations indicate that just $5 billion has been invested in Cuba over the last 20 years.[4]

There are two aspects of Cuban law, however, that remain wholly unchanged despite the revisions made by 2014’s Ley No. 118—first, that major projects will still require approval by the Council of State or Council of Ministers; and second, that investors will still need to hire workers through the state’s labor exchange rather than hiring them directly.[5] The approval of Cuba’s heavy-handed bureaucratic mechanism has proven incredibly cumbersome, as the delays associated with obtaining requisite authorizations linger well beyond the most generous of plausible projections. Additionally, investment proposals under negotiation “still must be approved by the highest level of the Cuban government [and] include projects in light manufacturing, packaging, alternative energy, pharmaceuticals and warehouse shipping logistics.”[6] The disadvantages presented by the cumbersome reality of dealing with a bureaucratic state that has not relinquished control of certain elements otherwise basic to doing business in a free-market economy unquestionably hinders the pace, progress, and control of the foreign business investor’s undertaking and, in many instances, frustrates the purpose of the enterprise as a whole.

Furthermore, Cuba’s laws present significant legal risks to be weighed by corporate foreign investors. The prohibition of foreign investors from hiring or firing employees directly[8], for example, obligates companies to submit labor disputes to a state agency for resolution. Additionally, under Article 4.1 of Chapter III of the new Ley No. 118, foreign investment can also be expropriated for reasons of public utility or social interest. In several cases, conflict resolution is even governed by local courts rather than an international court of arbitration or any other resolution term bargained for at arms-length. Given the axiomatic totalitarian nature of the Cuban system, and the lack of a transparent legal system in which the rights of investors may find protection, the legal exposure associated with foreign investment requires profound consideration. In fact, just last year, the executive of the Canadian-based Tokmakjian Group, one of the more successful foreign companies in Cuba selling transportation equipment, was sentenced by a Cuban court to 15 years in prison for bribery and other economic charges (which the Tokmakjian Group has vehemently denied) after the Cuban government seized $100 million worth of the company’s assets.[9] Though only charged last year, Tokmakjian had been detained for more than three years in prison, under house arrest, or in a military hospital.[10] While it is unclear what prompted the Cuban government to release the seventy-four year old executive only recently in February 2015, allowing him to finally return to Canada, it is certainly a cautionary tale of the potential cost of availing oneself or one’s business to Cuba’s legal jurisdiction.

The irony of depending on the capital of direct foreign investment at the expense of its labor force by a regime whose centralized economy adheres to a self-proclaimed Marxist Leninist doctrine is certainly not lost. That incongruity is second only to the use of the Port of Mariel[11] as the location of Cuba’s new “Special Development Zone”—a project undertaken by the Cuban government in an effort to appeal to and draw in interest from potential foreign investors. By its adoption of Ley No. 118, the Cuban government now seeks to incentivize certain aspects of investment in an effort to overcome the disadvantages still inherent in its economic climate—an economy whose ceiling is imposed upon citizen and foreign investor alike by the lack of free-market reforms that would themselves incentivize investment. Instead, Cuba’s present foreign investment laws present its populace with a policy designed primarily for the maintenance of the regime at both the expense of its workforce and the unwary foreign investor.

[8] See supra note 8, “The foreign investor may discharge the employees hired through the employment agency, but it is required to pay the agency the compensation amount established by the Ministry of Labor and Social Security.”

[11] The Port of Mariel bore witness to a mass exodus of approximately 125,000 Cuban citizens seeking asylum in 1980 in response to the poor political and economic climate of the Cuban nation. To ease the crisis confronting the Cuban state by the thousands of Cubans cramming into the Peruvian embassy in Havana within only a matter of days to seek asylum, the Cuban government permitted the would-be emigrants who could coordinate a boatlift to leave for the United States from the Port of Mariel.

Oppression is defined as: (1) An act of cruelty, severity, unlawful exaction, or excessive use of authority; (2) An act of subjecting to cruel and unjust hardship; (3) An act of domination. Black’s Law Dictionary, 10th Ed. (2015).  Julie Kaye—a journalist with the Daily Business Review in Miami who joined over thirty lawyer members of the Florida Bar International Law Section on their trip to Cuba—has a much more detailed definition as her article demonstrates.

If after reading her article shock is what you are feeling, then it is because you have probably been dismissing our messages as outdated. The Cuban government is still one of the world’s most oppressive regimes. It continues to this day to deny the most basic human rights to its citizens. If the regime was successful in just 72 hours to make Americans (lawyers at that) feel compelled to ask a journalist to change her story out of fear of retaliation, imagine what it is like to be a dissident on the island. Imagine the terror they must endure every time they decide to speak on issues not in conformity with the regime’s agenda. Then, think about what it must be like to be an average Cuban citizen. The fact is, there are two Cubas in this world. The first is the Cuba that the regime wants us to see. It is a place with gorgeous beaches, a lush tropical landscape, and great food and music that can make just about anyone dance. I suppose that is what Julie’s tour guide attempted to remind her was the “spirit of the tour.” The second is the real Cuba—a place where its citizens live in fear of their own neighbors and the government has absolute control over most things.

In his letter warning those lawyers that participated in the trip to not let the glitter of an island paradise fool them, CABA’s President, Manny Crespo, spelled out a number of atrocities that are being carried out today by the Cuban regime on its own people.[1]

CABA’s mission is merely to educate, and remind those embarking on the journey to not be blinded by the falsities portrayed by a regime that survives only on oppression, fear and intimidation. If we can guide our resources to helping end those vehicles of succession rather than celebrating them, then rest assured that our brethren on the island will one day enjoy the everyday rights that many of us may take for granted, nothing more, nothing less.[2]

[2] The Florida Bar’s International Section’s Chair was given the opportunity to respond to Ms. Kaye’s article. At the time of press, no response to the request has been received.

[1] The Florida Bar’s International Section’s Chair was given the opportunity to respond to Ms. Kaye’s article. At the time of press, no response to the request has been received.