Blog - Latest News
You are here: Home / Blog / All That Glitters is Not Gold 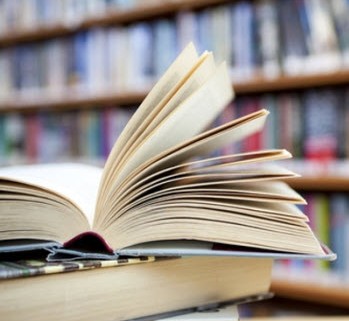 Oppression is defined as: (1) An act of cruelty, severity, unlawful exaction, or excessive use of authority; (2) An act of subjecting to cruel and unjust hardship; (3) An act of domination. Black’s Law Dictionary, 10th Ed. (2015).  Julie Kaye—a journalist with the Daily Business Review in Miami who joined over thirty lawyer members of the Florida Bar International Law Section on their trip to Cuba—has a much more detailed definition as her article demonstrates.

If after reading her article shock is what you are feeling, then it is because you have probably been dismissing our messages as outdated. The Cuban government is still one of the world’s most oppressive regimes. It continues to this day to deny the most basic human rights to its citizens. If the regime was successful in just 72 hours to make Americans (lawyers at that) feel compelled to ask a journalist to change her story out of fear of retaliation, imagine what it is like to be a dissident on the island. Imagine the terror they must endure every time they decide to speak on issues not in conformity with the regime’s agenda. Then, think about what it must be like to be an average Cuban citizen. The fact is, there are two Cubas in this world. The first is the Cuba that the regime wants us to see. It is a place with gorgeous beaches, a lush tropical landscape, and great food and music that can make just about anyone dance. I suppose that is what Julie’s tour guide attempted to remind her was the “spirit of the tour.” The second is the real Cuba—a place where its citizens live in fear of their own neighbors and the government has absolute control over most things.

In his letter warning those lawyers that participated in the trip to not let the glitter of an island paradise fool them, CABA’s President, Manny Crespo, spelled out a number of atrocities that are being carried out today by the Cuban regime on its own people.[1]

CABA’s mission is merely to educate, and remind those embarking on the journey to not be blinded by the falsities portrayed by a regime that survives only on oppression, fear and intimidation. If we can guide our resources to helping end those vehicles of succession rather than celebrating them, then rest assured that our brethren on the island will one day enjoy the everyday rights that many of us may take for granted, nothing more, nothing less.[2]

[2] The Florida Bar’s International Section’s Chair was given the opportunity to respond to Ms. Kaye’s article. At the time of press, no response to the request has been received.

[1] The Florida Bar’s International Section’s Chair was given the opportunity to respond to Ms. Kaye’s article. At the time of press, no response to the request has been received.