VIA E-MAIL TO [email protected]

Re: Resolution in Support of Subcommittee to Study Florida Criminal Discovery Rules

On behalf of the Cuban American Bar Association, enclosed please find a Resolution in Support of Subcommittee to Study Florida Criminal Discovery Rules as they Relate to Child Victim and Witnesses.

I write you on behalf of the Cuban American Bar Association (CABA), a voluntary bar association representing the Cuban American legal community. CABA’s membership—comprised of over 1,000 members—includes local lawyers, judges, and public servants. On behalf of our membership, this letter expresses CABA’s steadfast support for the construction of a new Miami-Dade civil courthouse in the downtown Miami area. We also are in agreement with Chief Judge Bertila Soto that the County should proceed with its original plans to build a more expansive new courthouse, rather than the scaled-back version under consideration.

As you know, the need for a new Miami-Dade civil courthouse—to handle the County’s overcrowded docket of civil cases—is beyond dispute and of an immediate nature. As a bar association comprised of attorneys who regularly litigate in the civil courthouse on 73 W. Flagler Street, we submit that the building—originally constructed in 1928—is woefully inadequate to handle the County’s civil litigation workload. The building is in disrepair. There are not enough courtrooms. Meanwhile, most of the existing courtrooms are completely unsuited for jury or even bench trials, because they are too small, because of their impractical layout and because they lack in even basic technological capabilities. During morning sessions, the courthouse is severely overcrowded—with throngs of lawyers, clients, and jurors jam-packed into tiny courtrooms or judge’s chambers. And this is just a short list of the countless problems with the existing courthouse.

Our County’s residents and its businesses deserve—and more important, need—a new, more expansive courthouse. As Mayor, you oversee what has become a world-class county. This is a thriving, growing metropolitan area with a massive economy that is a world-wide hub for international commerce. As a consequence of this growth, our County courts oversee a civil caseload that continues to expand and includes highly significant disputes. The current courthouse facility simply cannot meet our County’s growing legal needs. Unfortunately, the nearly-century old courthouse building simply has exceeded its lifespan.

There is no dispute about this. As you know, the Miami-Dade Court Capital Infrastructure Task Force prepared a nearly 800-page report, where it voted 7-1 in favor of an expansive 50-courtroom courthouse (with a cost of $360 million), and the County Commission unanimously passed a resolution requesting that your office solicit bids for the construction of a new courthouse in downtown Miami near the existing courthouse. So, what remains to be decided is the design, location, and funding for the new courthouse. That is why we write you this letter today.

We are aware of the unsolicited bid for the construction of the new courthouse by the New Flagler Courthouse Development Partners (“Flagler Development”), which was submitted on January 11th and to which you must respond by February 10th. We take no position on this unsolicited bid. It is not appropriate for us to provide recommendations regarding the acceptance of bids by private developers, especially before the bidding process is open to the public.

However, the Flagler Development bid does raise three issues for your consideration that we believe are important and merit our advocacy.

First, it is our recommendation that the County return to its original plans for a more expansive new courthouse. Initially, the County’s plans for a new courtroom envisioned a 600,000 sq. foot building with 50 courtrooms. We understand that recently you have sought plans from the County’s Internal Services department for a scaled-back courthouse, with 525,000 square feet and 48 courtrooms, with two floors of shell space for the construction of additional courtrooms. We agree with Chief Judge Soto on this issue. Given the rapid increase in the local civil case docket, we believe that the original, more expansive version of the new courthouse is the most sensible approach. We do not want to build a new courthouse that may become obsolete within a short period of time. Nor do we want to be the position where we have to return to the County to request construction of new courtrooms in the shell spaces.

Second, we advise that timing be of the essence for this courthouse project. We believe that by opening the unsolicited bid, we will accelerate the time line on this long overdue and already seriously delayed project. Time is the greatest enemy of such an undertaking of this magnitude and we are concerned that the RFQ process will delay construction, and ultimately completion of the project, deep into the next decade. Our citizens deserve a civil courthouse that meets minimum safety, sanitary, and health standards, and we cannot suffer even another half of a decade practicing in a building that would otherwise have been condemned was it not County property.

In conclusion, we applaud the County for moving forward with plans for a new courthouse, and appreciate your efforts towards this important project. We hope that this letter provides useful insights as the County’s leadership makes key decisions about plans for the new courthouse. We are glad to make ourselves available to discuss this matter with you or anyone at the County.
Sincerely, 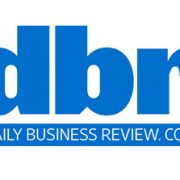 Click Here to read the article published by the Daily Business Review.

Click Here to read the article published by the Daily Business Review.

Click Here to read the article published by The Real Deal.