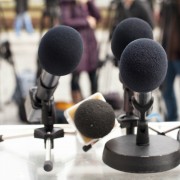 MIAMI – December 8, 2014 – The Cuban American Bar Association will serve as host to its annual gala and installation of officers at 7 p.m. Saturday, January 31, at the Fontainebleau Miami Beach, 4441 Collins Avenue, Miami Beach, Fla. The gala raises money for the Cuban American Bar Foundation’s CABA Scholarship Fund, which in the past several years has raised more than $150,000 toward scholarships for law students and other scholars with interests that will promote excellence in the legal profession and legal services community.

In addition to Crespo, the following officers and board members will be installed at the event: